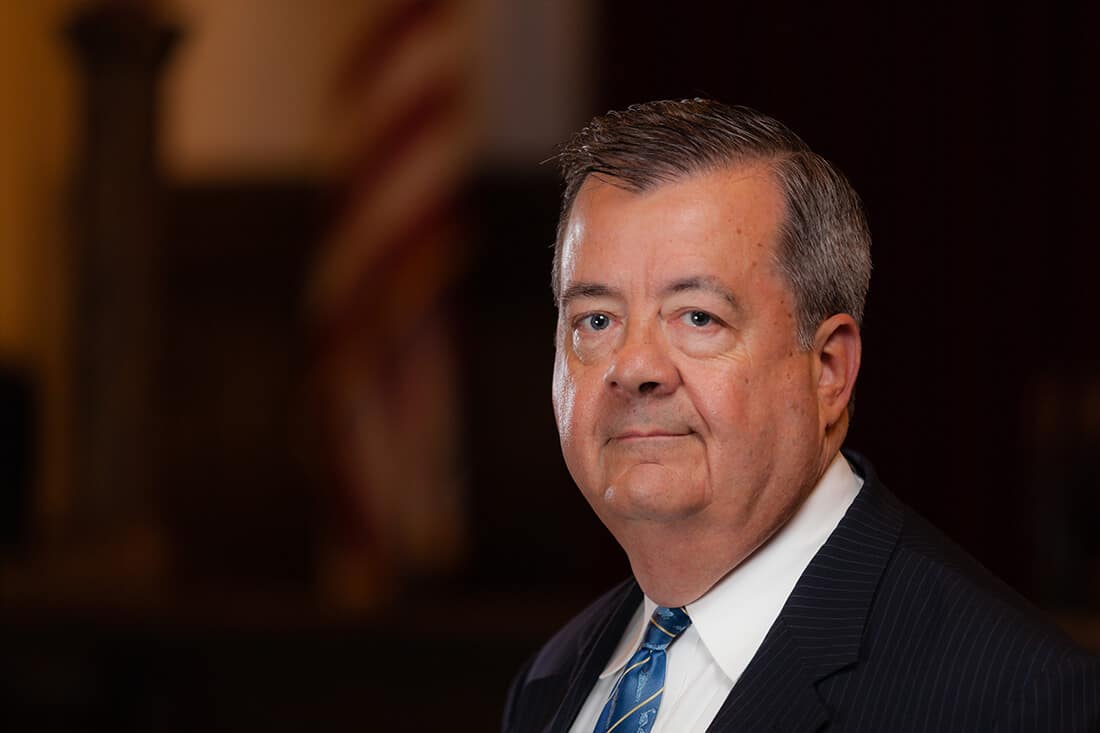 Lonnie C. Simmons will work hard for anyone who needs his help and is personally dedicated to ensuring that everyone gets their day in court. His practice includes representing people who were wrongfully fired from their jobs, veterans and other State employees who were denied retirement benefits, victims of civil rights violations, people who were wrongfully convicted of crimes, and individuals injured or killed as the result of some other person’s negligence.

In addition to these cases, Mr. Simmons also represents a number of professionals, including physicians, doctors, lawyers, and college professors. Often, doctors and lawyers are faced with contractual issues relating to their practices or are charged with committing ethics violations. Professors have to deal with contractual employment questions as well as issues surrounding tenure. Mr. Simmons has been able to assist many different professionals work through these challenges.

Mr. Simmons obtained a BA in English and a BS in Journalism: News-Editorial from West Virginia University. He began his legal career in 1982 as a writ clerk at the West Virginia Supreme Court after graduating from the West Virginia University College of Law. From 1983-1988, he served as a personal law clerk for West Virginia Supreme Court Justice Thomas B. Miller. After finishing his clerkship, Mr. Simmons was employed by three different plaintiffs’ law firms. DiTrapano & Jackson, Law Office of P. Rodney Jackson, and Fragale & Simmons before joining DiTrapano, Barrett & DiPiero, PLLC, in August, 2002, which became DiTrapano, Barrett, DiPiero, McGinley & Simmons, PLLC, in 2013.

Mr. Simmons was one of the first lawyers in the country to use DNA testing to free an innocent person, Glen Dale Woodall, from prison. The facts developed by Mr. Simmons during this representation triggered an investigation ordered by the West Virginia Supreme Court into the work performed by Fred S. Zain, who was the chief serologist for the West Virginia State Police, and lead to the freedom of several other innocent people. Larry Holdren, who was wrongfully convicted and imprisoned for fifteen years, also was represented by Mr. Simmons in his successful habeas corpus action as well as subsequent civil litigation. Throughout his career, Mr. Simmons has developed an interest in claims involving wrongful conviction, police misconduct, and other civil rights violations.

As a member and former President of the West Virginia Employment Lawyers Association, Mr. Simmons is experienced in representing and trying cases involving employees wrongfully fired from their jobs, based upon disability, age, sex, or other types of discrimination. He also teaches seminars for other lawyers addressing employment issues. A regular part of his law practice involves appealing decisions from the circuit courts to the West Virginia Supreme Court. As an appellate lawyer, Mr. Simmons successfully has prosecuted a number of appeals before the West Virginia Supreme Court, including appeals of wrongful death verdicts, employment discrimination claims, personal injury actions, and criminal convictions.

Mr. Simmons continues to be listed in The Best Lawyers in America and in West Virginia Super Lawyers. In 2021, he was recognized as the “Lawyer of the Year” for Litigation – Labor and Employment.